Business intelligence tools often include software, but also some other pieces as well. We’ll take a look at what is normally included under this label to see what are some other considerations an organization should consider as part of the overall set of products. 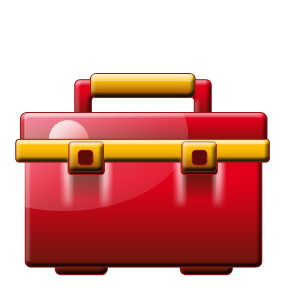 Obviously software is a huge piece of the overall BI technology set. Most people consider the reporting end to be the BI portion, usually this is just one subset. Basic reporting software may be enough in a small or even medium sized business.OLAP – This is often lumped under analysis or other terminology. This might be included as part of a general BI solution, or as a separate add-on. Examples of this might be Essbase.

Visualization – This has grown in popularity over the last few years. Many organizations want more of a user friendly tool for creating dashboards, mashups, and other visual looks. Sometimes the BI tool doesn’t get this done, so a separate piece is needed.

Data Mining – this is often called predictive analytics. Some vendors, such as Microstrategy, have some of this functionality built in. Normally, though, it’s a separate technology such as SAS, SPSS, or R that is used. Organizations looking to do deeper analysis or look into future trends will want to at least consider some functionality here.

Datawarehouse – A specific database and source for BI is a good consideration. It will give good performance in most cases and more importantly, it can make for a single version of the truth.

ETL – As part of the data warehouse work, extract-transform-load sequences need to be considered to get the data in a form that can be consumed by a reporting tool.

Distribution – Most larger BI systems have mechanisms for data distribution and scheduling, either via the web or to file formats, like Excel or PDF.

Mobile – this could be considered part of distribution, but having data available on tables and smart phones is a good way to improve consumption and utilization of BI across the board, especially for executives.