Mobile business intelligence is fast becoming one of the fastest growing sections of the industry. Nearly all mobile technology is hot, and it will continue to get more exposure as our society continues to go mobile. 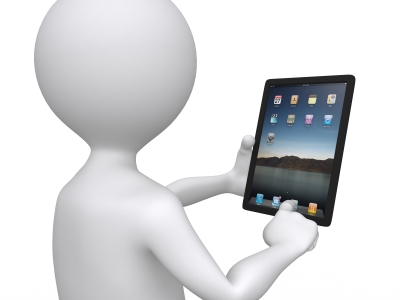 Most of the new mobile BI technologies have been released in the last few years. The technical challenges of deploying data to mobile devices were somewhat large. That, and the vast majority of mobile devices were just plain cell phones, without a lot of extra BI capability. With the expansion of smart phones and tablets into the marketplace, suddenly there were tons of devices capable of integrating into BI systems.

Most BI can be made “mobile” by utilizing the web based interfaces built in to most modern business intelligence systems. Where mobile business intelligence is specific is building out interfaces specific to handheld devices. Many of the BI providers are mixing and matching technologies here, with some using browser based, some using iPad or Android native apps, and some seeming to hold off until HTML5 gets more widespread.

In the corporate world, the Blackberry had been the king of the handheld data devices for much of the past 10 years. However, with Apple’s launch of the iPhone and iPad, those platforms have been gaining traction in the business world. Android has also been expanding its reach into consumers’ hands. Most of the current BI mobile developments are being made to expand systems directly to Blackberries, Apple products, and Android. They are designed to take advantage of each of the products specific technologies and interfaces.

The major vendors have been expanding their mobile offerings for the past several years to keep up with the trends, MicroStrategy in particular. Arcplan is another aggressive entrant, offering 10 free licenses. In addition, many mobile-only offerings are popping up in the market from smaller companies focusing on the movement. RoamBI and Transpara are two such companies. The open source vendors also have been making updates to allow for roaming functionality with its products. The large stack BI vendors have been working feverishly to expand their functionality. Expect a lot of competition here in the next few years.